54 replies to this topic

I will not lie their Optimised BFS numbers are eye watering....hard to resist

It seems ORN is a takeover target, does anyone know who is sniffing around this company?

Will Anglo swallow this little star?  Kumba has now appointed the Orion Minerals CFO to the board. Time will tell

I think Orion is a takeover target, too attractive investment case for the big boys, even the potential for further expansion.

This one is not for anyone in a hurry to see the money, long term hold.

Enough with the transactions now these guys need to give us news about the mining license and development money.

"Orion last month secured a A$378 million government grant for the development of its flagship Prieska copper-zinc project in Northern Cape" did I miss this or article lying ?

Novice and a student myself, Matrix, agreed Orion Minerals great potential of the most Jnr Miners I have seen in SA Management is absolutely critical when it comes to the Jnrs. EUZ, Collin Bird = bad news in my books. I dont have a target price but do check out their video presentation.....they do what they promise so far...good in my books. Mining JNRs are no short term quick wins....glad you are long...so am I...

I will start with a caveat that I am very inexperienced with investing/trading.

That being said, ORN is looking more promosing every day.

I really burnt my fingers with Europa Metals, as all the sums and scoping seemed promosing.

Management however could not be poorer, and they drove the company and share into the ground.

ORN seems to be a different ballgame.

Most of all the communication, and my subsequent interpretation of management, is exceptional!

Could not possibly issue more sens, updates and details.

Do you have an estimate on share price target?

This is obviously not a short term trading, but if will to wait till mine materialises this goed be good ROI.

But then again, what do I really understand about these things. :-)

Orion seeing some crazy action in the last two days...

South Africa-focused explorer Orion Minerals is understood to be tapping investors for $8 million in a raising that is believed to be priced at a massive 30 per cent premium to its last traded price.

WestBusiness understands South African investors will subscribe for about half the shares on offer in the 4¢ placement as part of the company’s black economic empowerment obligations, while Orion’s biggest shareholder London-based Tembo Capital will take another significant chunk of shares.

Cash raised in the placement will be used to complete a bankable feasibility study of the company’s historic Prieska zinc-copper project, which lies in the Northern Cape region of the country.

The raising is expected to lift the Independence Group-backed company’s profile on the Johannesburg Stock Exchange, where it has a secondary listing.

Sources say the raising has been well-backed and is likely to be oversubscribed, reflecting growing confidence in the South African mining industry following Rio Tinto’s announcement this week of a $500 million investment in an expansion of its Richards Bay mineral sands operation on the east coast of the country.

Petra Capital is running the book for the placement.

Orion is eying a 2.4 million tonne per annum underground operation at Prieska, producing about 80,000t of zinc and 22,000t of copper concentrates over an initial 10-year minelife.

Its shares last changed hands for 3.1¢.

Petra Capital is the lead manager and bookrunner to the placement, which is being conducted at 4c per share on ASX, a 29% premium to the last closing price of 3.1c on ASX

The announcement to be made tomorrow after JSE closes. They got the funds thats for sure, but I guess the devil is in the detail

So BFS due late April early May, so we can expect funding packages of the required $300-$350 Million soon thereafter, time for this s/p to take off... see video interview with Errol below highlighting the jv for renewable energy supply for future Prieska mining operations.

Thanks for sharing Dusty . I hold this baby , i love the potential , I'm in it for the long term.

In just over a year since Orion Minerals acquired its flagship Prieska copper-zinc project, it has established a substantial resource and is on track to complete a bankable feasibility study around the end of this year, with production slated for 2020.

The rapid developments are now enabling the company to turn its attention elsewhere in the Areachap terrain to the equally exciting Jacomynspan nickel-copper-cobalt project.

"We have identified and are unlocking the value of an exceptional base metal belt," Orion managing director and CEO Errol Smart told MiningNews.net.

"We've secured a district-scale opportunity and it's one of the few base metal projects in the world where you've got both the copper-zinc and the nickel-copper-cobalt all in the same district." 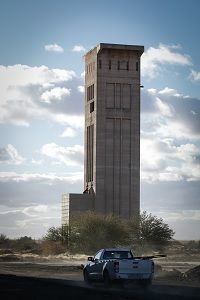 Orion deliberately set out during the downturn on a global hunt for a large-scale, advanced VMS project, with an eye to developments in the zinc-hungry battery thematic and the likely decline of traditional lead-acid batteries.

The past-producing Prieska, with its substantial remaining infrastructure in good condition, became top pick due to its copper-zinc combination.

"I'm particularly interested to see what will happen with the battery revolution," Smart said.

"Some 70% of the world's zinc production is produced with lead as a by-product and if lead prices start falling, it could have a big impact on the cost of the production of zinc in the world and that's why we targeted a copper-zinc, not a lead-zinc deposit."

Meanwhile 18 rigs are at work on infill drilling aiming to update the resource in the December quarter.

Orion submitted its mining right application in April and expects a result in mid-2019.

The company is evaluating operating between 1.4-1.8Mt per annum and has a significant headstart thanks to the project's underground infrastructure, power, water, road and rail access that remain since Prieska ceased operations in 1991.

Inspections have shown the shaft and its steelwork are in good condition, despite the lower portion being submerged in water due to about 28 years of surface run-off.

"Large mining operations regularly pump that volume of water so it's not an insurmountable problem by any means," Smart said.

"The steel work is in superb condition and we'll only have to replace about 15% of it - obviously that brings down development costs and the time to get the shaft back into operation."

Orion has begun talks with traders and smelter operators to get a proper understanding of the offtake market for what it believes will be a very clean concentrate produced at Prieska.

The company's rapid progress is being powered by strong financial backing through a recent oversubscribed A$11 million equity raising, on top of a separate $5 million placement by strategic nickel partner Independence Group (IGO) and a $6.3 million share subscription by cornerstone shareholder Tembo Capital, designed to reduce an earlier loan facility to $0.6 million.

Smart said Tembo had been instrumental in enabling Orion to advance Prieska as quickly as it had.

"There's very few exploration companies around the world who have carried out an exploration programme like we have in the past 12 months, we've drilled 62,000m and established a JORC resource in that period of time," he said.

"You couldn't have done that without shareholders with vision, they made sure we had sufficient capital available to us and gave us the confidence to push ahead and mobilise as actively as we did.

"They really are exceptional as equity investors because they have great technical capacity and they've done a lot of good introductions on the financial front and they share our vision on our way to unlock value: ‘if you believe in the size of your apple, go for the big bite'."

In a further financial boost, Australian gold miner Evolution Mining has agreed to acquire Orion's non-core Queensland tenements for $2.5 million in cash and a 2% NSR royalty.

The funds will see Orion finalise Prieska's BFS within about six months and continue both regional and Prieska exploration. 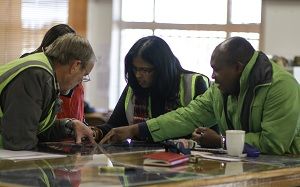 "We continue to drill and we continue to expand it and we're still only working on the main orebody and we haven't even turned our attention to the satellite orebodies that we know exist," Smart said.

"But Prieska is getting very close to the development stage and now it's time to start unlocking the rest of the value in the belt."

He noted the evolving battery market was also creating a new opportunity for the nickel world, particularly nickel sulphides, which could be beneficiated on site and therefore pointed to a higher revenue stream.

Orion has since identified the potential on the Areachap belt to discover nickel-hosting massive sulphide bodies, akin to IGO's Nova Bollinger mine in the Fraser Range, and the pair have established a collaborative working relationship over Orion's nickel projects in South Africa to explore their potential.

"Not every big conductor is a high-grade metal deposit," Smart said. 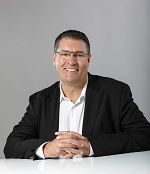 "But the probability increases when you see within 100m of these high conductors we have known nickel-copper-cobalt mineralisation that was drilled in the 1970s - and remember they didn't have the high-powered EM tools that we're using now.

"In this particular case, the disseminated sulphides is such a huge body it's got an economic possibility all of its own that we'll have to investigate, but the top dream is still to drill that massive sulphide."

It is almost a year since the company's secondary listing on the Johannesburg Stock Exchange and Smart said it had given South Africans and Orion's Black Economic Empowerment partners the opportunity to hold listed shares and see the same value outcomes.

"We try to avoid taking investment at a project level because we want everyone to have aligned interests, the same risk-reward profile, and that's what the listing on the JSE has brought for us," he said.

A share price catalyst on the horizon is the nearing BFS and Smart said the company had enjoyed "a big opportunity" to reach this point within 24 months of gaining finance, acquiring the project and drilling out a 30Mt resource.

"Prieska has significant scale and quite a rapid ramp-up process - within 12 months of breaking ground we believe we could have production and sales," he said.

"There are very few projects that allow you to do that."

With the rapid pace of progress at Prieska set to continue, Orion is keen to maintain its momentum and maximise its further opportunities on the mineral belt.